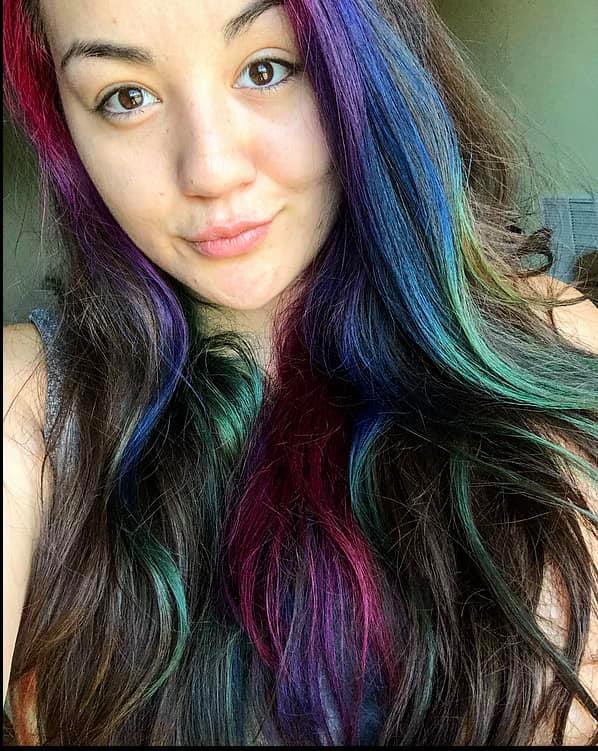 “I get bored with consistency,” says Lysette Martinez. “I like to mix things up whether it’s glass blowing, cooking or writing a short story.”

Lysette, who grew up in Corpus Christi, Texas, was one of those kids in school that loathed math, but excelled in art, theatre and English — outlets that let her to explore her creative side and prove to her classmates and teachers (and to herself) that there was more to her than first impressions would suggest. It’s that same sensibility that drew her to glass blowing.

“I’ve dealt with PTSD my entire life and still do, so I’ve always been challenged with getting past emotional and physical hurdles. A lot of the time growing up, people doubted my effort, and I wanted to do something complicated so I could prove that I could dream crazy and still somehow accomplish in a small capacity what I couldn’t before,” Lysette says.

You might think that somebody with anxiety issues would crack under the pressures of glass blowing. But Lysette says it’s just the opposite.

“It’s got a push and pull effect,” she says. “You’ve got to be willing to try and get your point across with whatever you’re making, but every step of the way is like going down the mountain. It’s scary, but it’s ridiculously rewarding when you can get past all the little hurdles and create something better than you ever imagined possible.”

Online gaming, particularly World of Warcraft, was another realm where Lysette could create her own persona.

“It’s great for somebody with anxiety issues, because you can interact with people, but you’re not looking at them,” she says. “It’s a connection that feels more genuine because you’re not judging people on their appearance.”

WoW also inspires Lysette’s work, particularly the snaggle toothed, bulldog-faced Orcs. Ironically, it was her grandfather who got her “hooked” on computer gaming, and she hopes to someday recreate his avatar out of glass as a tribute for his support. It was Lysette’s grandparents who paid for her first glass blowing classes and her move to the cannabis culture mecca of Denver.

“I love the raw texture and detail in working with boro,” she says.

Along with Orc hordes, Lysette also makes monster-sized eyeballs, human hearts and vaginas (yep), all with a splattering of blood.

“I’ve got a little more of the dark side in me and I let that be an inspiration and put it into something good,” Lysette says.

“Some people think I should make more feminine stuff. The pussy pendants are like a “F&%$ You!” to those people,” she says. “I also wanted to make something feminine that crossed the line a little. People are uncomfortable when they talk about something that’s just a part of daily life for women like their periods. It brings up some interesting conversations.”

You might have met Lysette at a trade show like Glass Vegas and CHAMPS. She loves making connections with others in the cannabis and smoke shop industry. Her work can be found in Colorado, California, Wisconsin and Utah, and one of her goals is to encourage smoke shops to give pendants an honored place among their functional glass collections.

“Not everybody is a smoker and not everyone can afford a high-end rig —- they just want something simple like a pipe or a pendant that’s a memory they can carry with them and share it with others,” Lysette says.   “I have a lot of collectors who’ve been with me since day one and they have some of the crappiest little first pendants I made that I sold for ten dollars,” she adds. “To me, glass blowing doesn’t really feel like work. I’m just constantly creating art that for some reason people enjoy.” 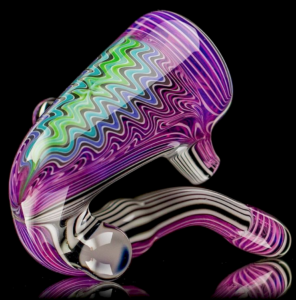 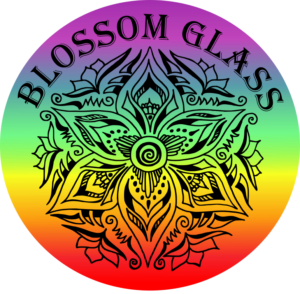 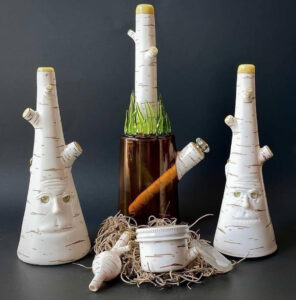