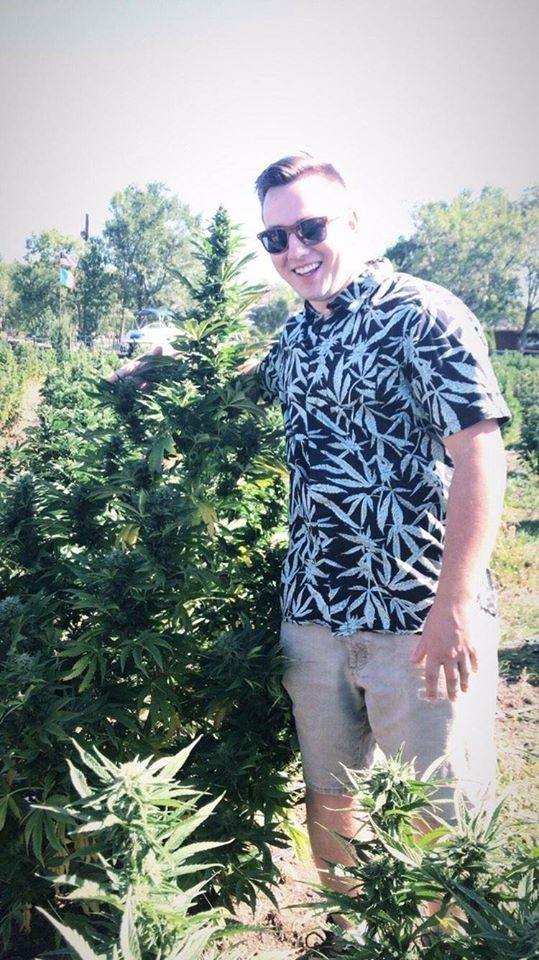 A hotboxed living room. A cluttered coffee table. A Virginia kid, freshly transplanted to Colorado at the start of the Emerald Era. He was giggling, staring blankly with glassy, red eyes while everyone around him passed bongs and traded stories. It wasn’t anything anyone said. He had tuned them all out. The movie playing in his head was far too interesting to worry about the chatter bouncing vaguely off his eardrums. In it, he had invented a solution for the cluttered coffee table. It was a spinning rolling tray with a space for damn-near everything a toker would need. The best part: he had named it the “Blazy Susan.” Guess you had to be there.

Thus far in our narrative, Blazy Susan, the company now famous for epic rolling trays and pink papers, appears to be yet another Shakedown Street to Wall Street kind of story. In reality, though, the company is anything but. Company founder Will Breakell may have been a business-minded stoner, but he wasn’t the ‘hippie with a backpack at the fest’ kind of business stoner. He was the ‘double major in business and economics at a military college,’ kind of business stoner; a rarer breed, but one that exists, nonetheless. It should also be noted that he made $600k trading penny stocks while in college only to lose it all at 22, but that would have made the ‘business stoner’ description way too long to read. And before you scoff at his misfortunes, ask yourself: Did you have over half a mill to lose at 22? Didn’t think so. Sit down and shut up.

“There was one day I’ll never forget,” he recalls of the experience. “It was when the stock went down, like, 40% in a day and I was down by $250,000. I’ll never forget that feeling. It was like getting a hole ripped out of you. But even then, I could have just sold. It’s what happens when you get too invested in something in a fickle market.” Lessons learned. 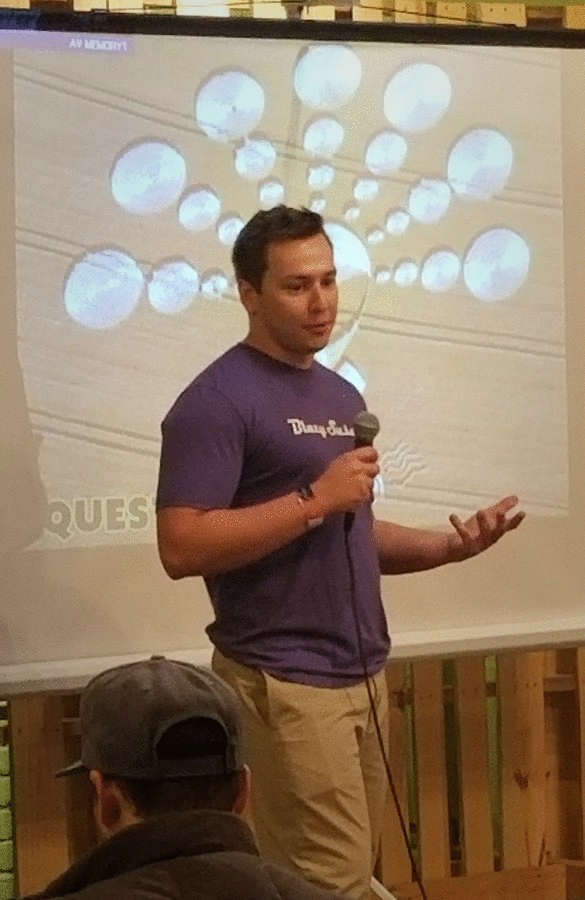 “But now I’m coming back up,” he later adds. “It’s just a slower build this time.”

But this isn’t’ a comeback story. It’s an attempt to understand the mind of an individual who could take a silly idea conjured amidst the haze of a bong rip and turn it into a thriving company with multinational distribution, all by the age of 28. The previous wins and losses are part of what has made him who he is and therefore, should be considered as well.

You could say Will represents the future—and that’s not just because he’s only 28 and by basic math, will likely outlive a lot of us. You can say it because of the dynamism he brings to the helm of his company. As a bright star of the younger generation, he possesses a rare savviness that enables him to maneuver with a fluidity nearly unheard of in the generations that have preceded him, unbound by archaic ideas that failed to survive the digital era and quickly adaptable to new trends and information.

He explains his approach with a seafaring metaphor.

“We want to be the small, fast ship on a big ocean. We want to be able to zip around all these other big guys who can’t pivot and move as quickly as we can. At the same time, we want to grow, but we’re building up a fleet instead of a bigger ship.”

The tray was the entry point, but surprisingly, it was the pink rolling papers, now almost synonymous with the company, that made them the contenders that they are today. Why pink papers? Well, first, Will sees them as an inroad to female consumers, who have traditionally been ignored by the industry.

“There’s a lot of over-sexualization,” he says. “Too often, it’s just a bunch of girls in thongs. That’s fine, I guess, but ultimately, it’s not what I think would be the best way to move the industry forward. If we’re trying to get rid of the stigma so your grandmother could be introduced to cannabis in a way where she feels comfortable, we need to rethink our approach.” Second, and more importantly, the pink is a tribute to his mother, who is a breast cancer survivor.

“It was crazy to see my mother having to go through chemotherapy, being in all of that pain,” he recalls. “So, with these pink rolling papers, we see it as a way to promote breast cancer awareness. We’re donating a portion of our proceeds back to awareness . . . It’s like, ‘this is fun, and pink joints are great, but it’s also a serious thing. Cannabis is medicine. You can have fun with it too, but people should have 100% access to it as a medicine.’”

At the core of his business strategy is the understanding that while the quality of your product is essential, it’s ultimately not about building a product, but a brand.

“Look at Supreme,” he laughs. “I mean, I don’t want to be them, but they can sell bricks with their name on them for $50. That’s some amazing branding.”

This was the approach that first put Blazy Susan on the map. No, not selling overpriced garbage; that’s definitely not their bag. It’s about getting the name out there, getting it in front of people, and getting them repeating it.

“It takes giving a lot of free shit away,” he oversimplifies facetiously. “But it’s also about being prepared and always striving to be at the right place at the right time.” The most famous example was the impromptu appearance of both the tray and the papers on a CNN segment just before the ball dropped for the 2018 New Year. Will calls it his “Super Bowl ad.”

That fateful 90 seconds of airtime was the catalyst that propelled the company from a hopeful idea to a major contender. The very next evening, Jimmy Kimmel went on live television and personally asked for a Blazy Susan of his own. Of course, they obliged. It wasn’t just dumb luck. It was a relentless guerilla marketing strategy that finally paid off—and it paid off just in time. 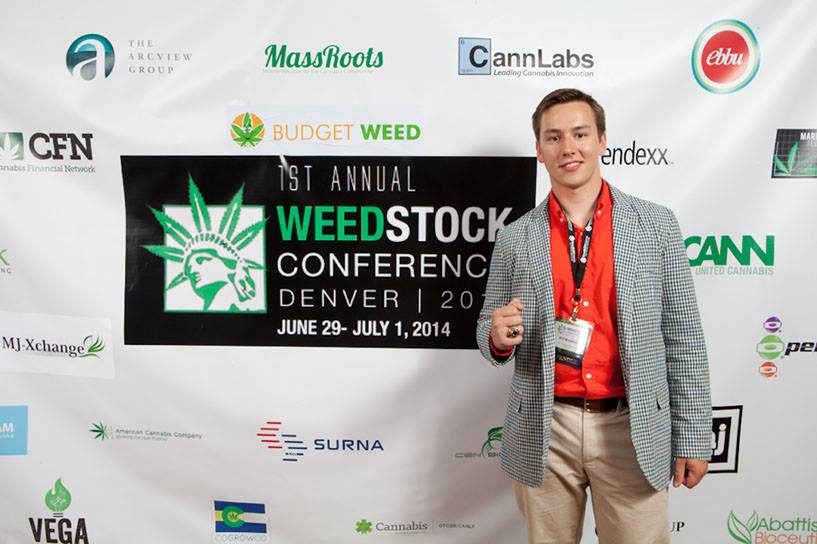 “Had that not have happened, I have no idea where I’d be,” he admits. “I was seriously out of money and maxed on credit cards.”

Maybe, he did win a gamble, but it was poker more than craps. He had a strategy that maxed out his odds of winning and he went all in with it. It’s a strategy that’s still paying off to this day. By building consumer brand recognition before manufacturing capacity, he enabled himself to leverage his consumer base to aide his growth and keep the upper hand with distributors as he expanded. Since demand was already created, they needed him and would therefore play ball by his terms.

Now, it’s all about building that fleet. They’ve recently expanded their distribution into multiple countries, including Australia, Mexico, New Zealand, and Indonesia, with more in the works. At the moment, Will is still making the trays himself in the corner of their office space, but they’re exploring options for manufacturing, and even entertaining the possibility of taking it international. However, Will insists that will only happen if it means a better experience, both for his company and for the end consumer. 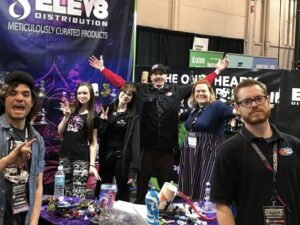 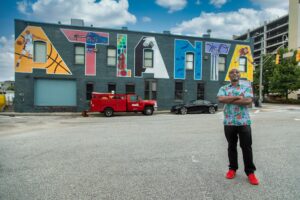