We are the Music Makers . . . The Dreamers of the Dreams 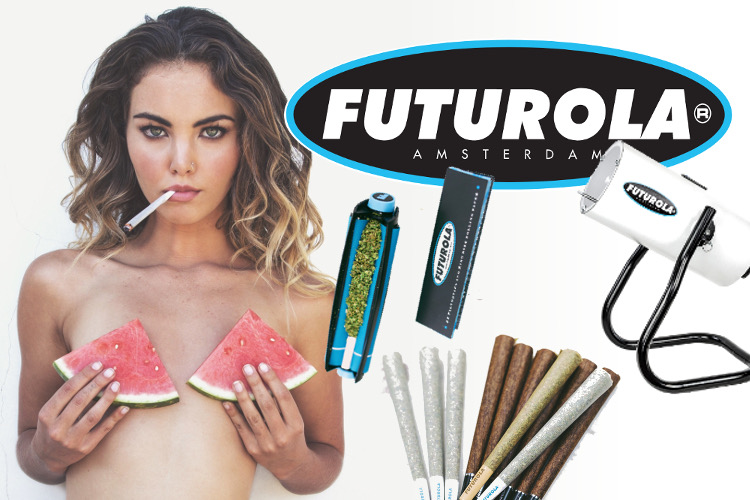 A Conversation With Toby Skard of Futurola

“Sometimes, as people, we try to complicate things . . . but most of the time, it’s more space, more simplicity that leads to bigger success. Take a song, for example. The most powerful thing in music is that little space between the notes where nothing is happening. That’s what makes the difference . . . what makes the beauty of music, what makes it more memorable.”

Believe it or not, he’s discussing business, specifically, product creation and development. Music is just Toby Skard’s default reference point, because that is what he knows. More than what he knows, it is the medium through which he learned life’s lessons. It’s been several years since he closed that chapter in his life. The days spent touring the world, sharing the stage with the likes of Lenny Kravitz, Kiss, Alice in Chains, et al., and collaborating in the studio with such renowned artists as Guns N’ Roses drummer, Matt Sorum, are now long behind him. These days, he and his colleague, Patrik Eriksson, wear the hats of executives, as partners of Amsterdam-based, Futurola’s U.S. operation. 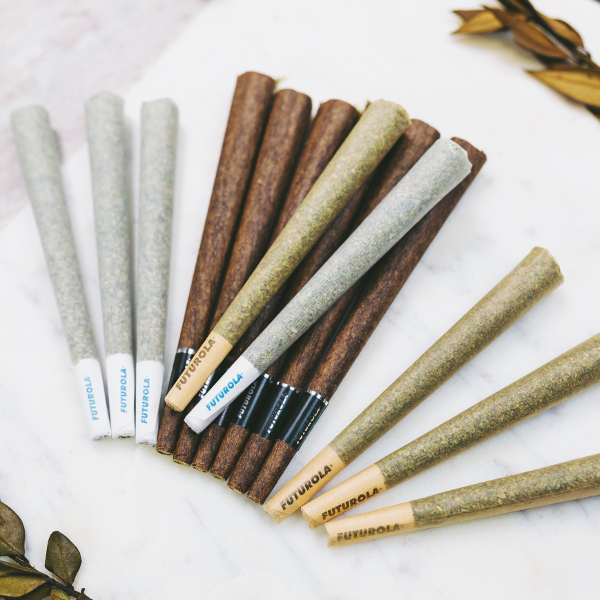 But for most of his existence, music was his life; what he ate slept and breathed, day in and day out, to a point where his passion took on a transitive property. Even now, you could still argue that music is his life, but it would be more accurate to say that his life is music. He directs his branch of the company as if leading a band, guided by the wisdom he accrued through the process of creation.

“I think I read somewhere that there’s less than a 0.2% chance to ever make it in the music industry,” he remarks, thoughtfully. “I never made it to the point where I was selling hundreds of millions of records, but I did manage to live off my music for over ten years . . . and was able to play with some of the greatest musicians in the world. That makes an impact on who you are . . . I’m so grateful that I had that opportunity because I feel like it’s something that benefits me greatly in what I do now.”
To really understand what he means, it’s beneficial to first understand the nature of music itself, most importantly, the dichotomy at its core. At one level, music is just an expression of mathematics; beats per minute, frequencies, formulae, etc. 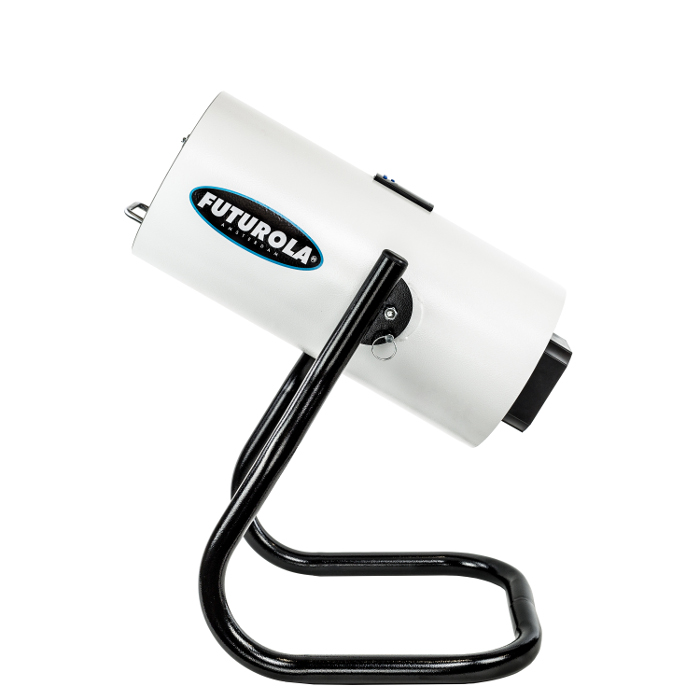 Simultaneously, however, it’s an expression the intangible, the “it” factor that lies in those space between the notes. It’s the ultimate reflection of the push and pull that exists within any successful operation. It’s head versus heart; the inspiration that guides the calculation.

This is the well from which he draws to guide Futurola’s steps as they establish themselves in the U.S. market, in many ways, the impetus behind the company’s balance between adherence to its roots and vision for their future.

“People often ask me, ‘Are you guys a rolling company?’” he says “No, we’re not a rolling paper company and we’re not trying to be. We are a smoking lifestyle company. Everything we do is built around that lifestyle of smoking and what you need to do that, from the business to the end consumer.”

However, papers are where the company started and what they know best, and having cut his professional teeth where he did, he understands the importance of working in what they know. 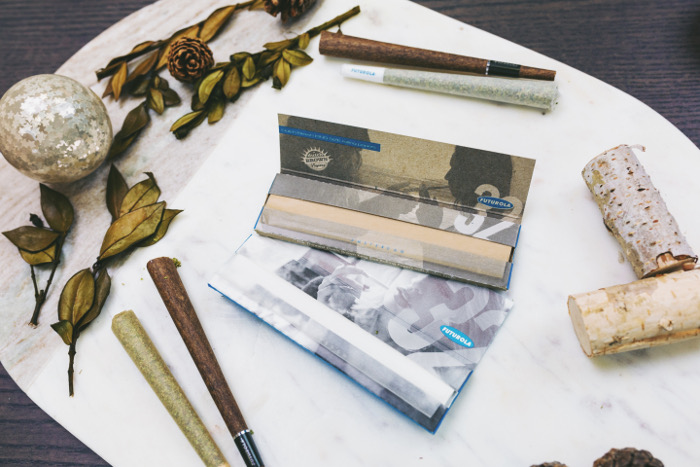 “Think about a band like Metallica,” he offers, elaborating on the point. “Know why they’re so huge? Why there will probably never be a bigger metal band than Metallica? Because they stuck to their formula. They didn’t change . . .” Omitted from this is that brief moment in the nineties when they flirted with the ‘alternative’ scene, but the utter failure of that attempt only reinforces his point.

This simple analogy spells out exactly why they haven’t bothered with vaporizers. It’s just not them, therefore, not something they should do, just as Metallica should have never tried to be a grunge band and Jackson Browne should have never switched from folk to yacht rock.

“It’s not really what I set out to do,” he states dryly. “It’s not the product that excites me, so I never looked into it. Now, there are people doing it really well, and that’s good for them . . . But if you’re just doing it because it’s cool, or because somebody else did it, then no. It’s going to be a disaster.

This doesn’t mean that they’re sitting on their laurels, though. Under his leadership, the company is pushing the boundaries of possibility every day, always creating, ever dreaming and continually evolving. Their repertoire reflects as much. To date, they have somewhere around 160 different products for consumers and dozens more designed to accommodate their business clients. 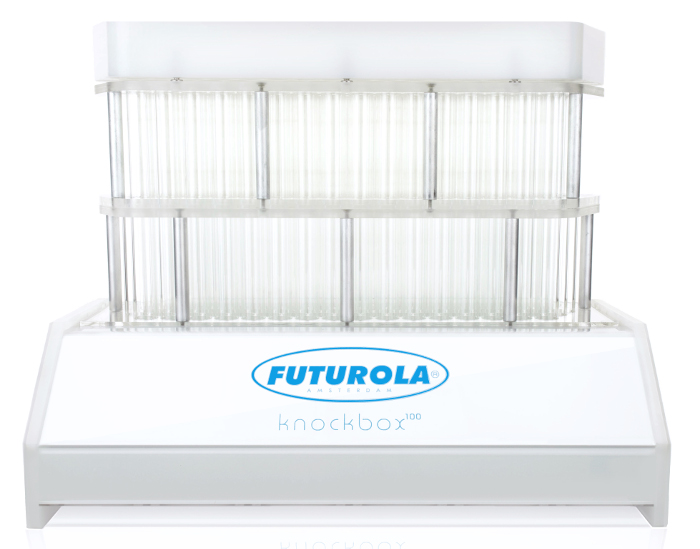 There’s the Knockbox, a device that fills 100 pre-rolled cones in two minutes. There’s also the Shredder, a perfect companion machine to the Knockbox that perfectly shreds three pounds of flower in only two seconds. “We also have a handheld rolling machine for consumers,” he adds. “We have the whole spectrum. There’s the business side and consumer side. But those two spectrums are very connected and that’s why you have to have products that fill all the needs in between.” They truly run the gamut. Quality paper is their foundation, sure, but it’s never their limitation.

“I always use Apple as a good example,” he says. It’s one of only two instances in the conversation where he draws a parallel that isn’t music-related (the other was an in-depth comparison of their paper to a high-end French wine). It punctuates the conversation perfectly. “Apple is a company everyone tries to follow. They are always making new headway into what people are needing. Often, people don’t even understand it at first, but eventually, they’ll follow. If you do something right and you put your heart and soul into something and work hard, most of the time you’ll win.” 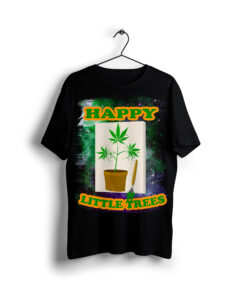 If Brandon Donofrio were running for office, his platform would be “When passion meets purpose is when you excel.”     “I’m a guy who walks 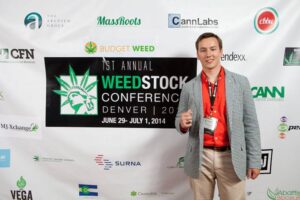 A hotboxed living room. A cluttered coffee table. A Virginia kid, freshly transplanted to Colorado at the start of the Emerald Era. He was giggling,

This industry dodged a serious bullet recently. Most of us didn’t even realize shots had been fired. Luckily for us, however, there were a vigilant 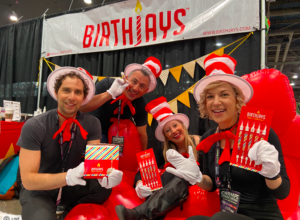 Every day we hear of amazing new product ideas, like the Pop Socket, fingerless gloves and the Spork, that some enterprising entrepreneur stumbled on, and 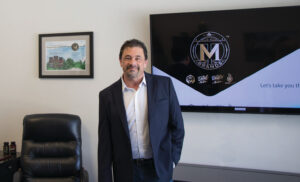 “We are, without question . . . the leader in our industry, whether in knowledge, science, manufacturing or distribution—and we always will be.” Did you 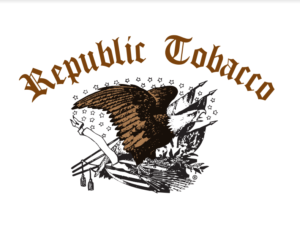 Sometimes it’s the little things that make the biggest impact. Take rolling papers — they don’t cost a lot or take up much shelf space, 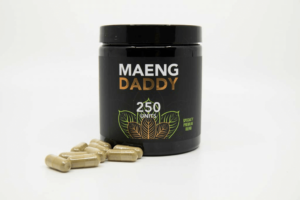 When you think of smoke shop staples, the first things that come to mind are glass pipes, vapes and rolling papers. Santino Novasio, President of