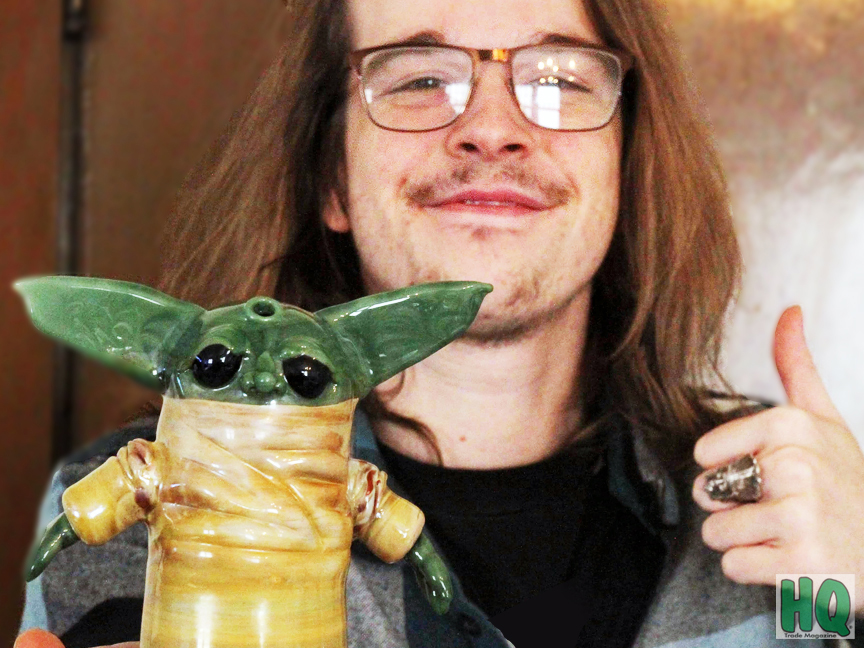 Popular he has become, so a pipe out him Josh Williams made.

Spoiler Alert! The he we’re referring to is a character in the new Disney+ Star Wars series “The Mandalorian.” He is tiny, adorable and green with giant black eyes and huge pointy ears. He is 50 years old, which is reason for his wrinkles, but he travels around, following his bounty hunter caretaker, in a floating bubble-shaped bassinet, and there’s more than one connection that has fans calling him “Baby Yoda.” 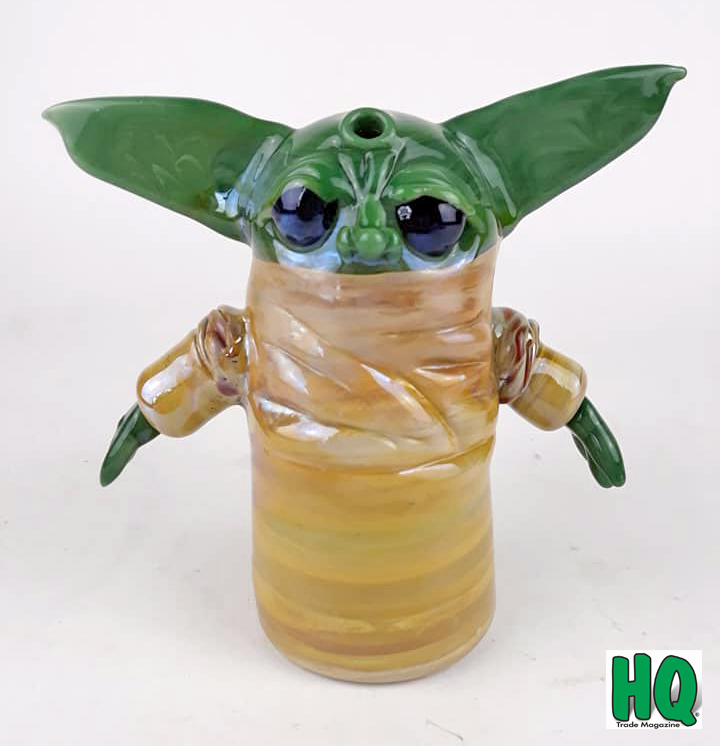 Josh Williams is a glass blower from Colorado Springs, Colorado, who like countless others, has become enamored with the green munchkin.

“Im a nerd in general and a fan of Star Wars. The Mandalorian is definitely one of the better Star Wars-anything that I’ve seen,” Williams says. “I love a good story and world in which you can get lost.”

“I have a studio in my basement, and I like to put on some background noise when I’m working. I was watching The Mandalorian and just happened to see the scene where Baby Yoda was chasing a frog,” he adds. “I looked down at some random colors of glass I had, and there was the perfect green for a Yoda.” 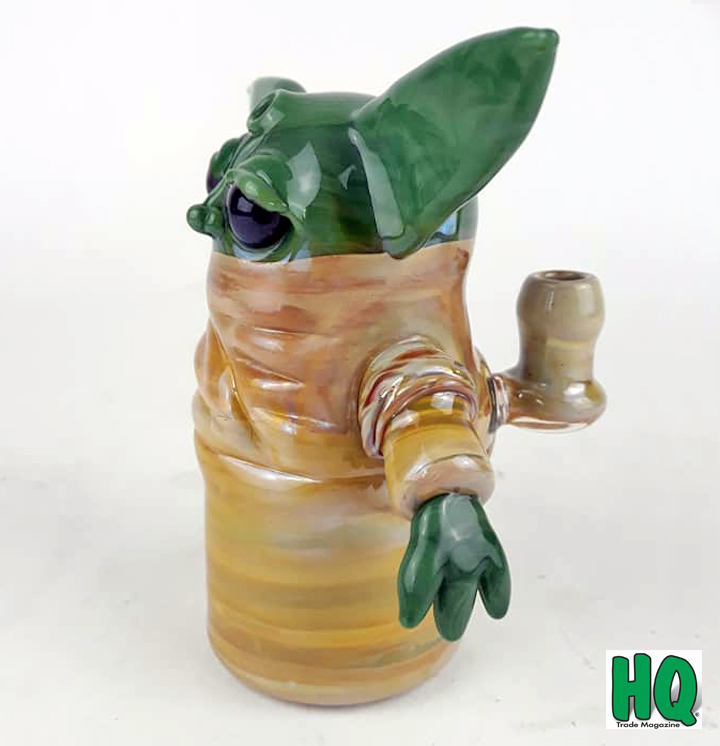 The functional glass sculpture is what is known as a “rig,” which looks similar to a bong, but is specialized for “dabbing,” which is smoking cannabis in a concentrated form (oil, shatter, wax). A very simplified explanation of how this works is a nail (a surface area) onto which the concentrate is placed, is heated and you then inhale the resulting vapor through the mouthpiece. In Baby Yoda’s case, the joint for the nail comes out of his back, and the mouthpiece is right on top of his cute little head.

Like Luke Skywalker, Williams once worked on a farm — as a cannabis grower for one of the best trimmers in Colorado. That is until he broke his toe. A glass blower friend offered to take him on as his apprentice and that’s where his journey really began.

“My teacher didn’t let me touch color for the entirety of my apprenticeship. I hated it at the time, but when I went off to do my own thing, I found that it really helped to have the fundaments down and to really understand what I’m doing,” Williams says. “I’ve been lucky enough to take glass sculpting classes from some incredible artists like Nathan Belmont and Chris Ahalt, and being in Colorado, I have some amazing artist friends like Pedro Grime and Shayla Windstar.”

“Glass has always been there for me,” he adds,” Williams adds. “You can call it “The Force” if you want, but there is definitely an energy flowing from the torch. I do believe it helps in how I create my pieces and how they turn out.”

“I’ve been inspired so much by the people that have taught me that they’ve inspired me to want to teach,” he says.

And as for Baby Yoda, he’s already on his way to a smoke shop gallery (hopefully not too far, far away). But Williams has more ideas for new versions of the character. He also has a theory of his own about the origin of the creature. Fans have theorized that it was conceived — like Anakin Skywalker, by midichlorians—microscopic organisms that help Jedi connect to the Force; other’s think it might be Yoda’s clone. Williams thinks it’s going to prove out that the little one is actually Yoda’s son, and the bounty hunters are after it because the Jedi Master failed to pay his child support.

Do Legitimate Delta-8 Products Exist? With no regulatory oversight and limited laboratory testing, most products sold as delta-8-THC are not actually pure delta-8-THC said Christopher