Popular he has become, so a pipe out him Josh Williams made.

Spoiler Alert! The he we’re referring to is a character in the new Disney+ Star Wars series “The Mandalorian.” He is tiny, adorable and green with giant black eyes and huge pointy ears. He is 50 years old, which is reason for his wrinkles, but he travels around, following his bounty hunter caretaker, in a floating bubble-shaped bassinet, and there’s more than one connection that has fans calling him “Baby Yoda.”

Josh Williams is an up-and-coming glass blower from Colorado Springs, Colorado, who like countless others, has become enamored with the green munchkin.

“Im a nerd in general and a fan of Star Wars. The Mandalorian is definitely one of the better Star Wars-anything that I’ve seen,” Williams says. “I love a good story and world in which you can get lost.”

“I have a studio in my basement, and I like to put on some background noise when I’m working. I was watching The Mandalorian and just happened to see the scene where Baby Yoda was chasing a frog,” he adds. “I looked down at some random colors of glass I had, and there was the perfect green for a Yoda.”

Like Luke Skywalker, Williams once worked on a farm — as a cannabis grower for one of the best trimmers in Colorado. That is until he broke his toe. A glass blower friend offered to take him on as his apprentice and that’s where his journey really began. 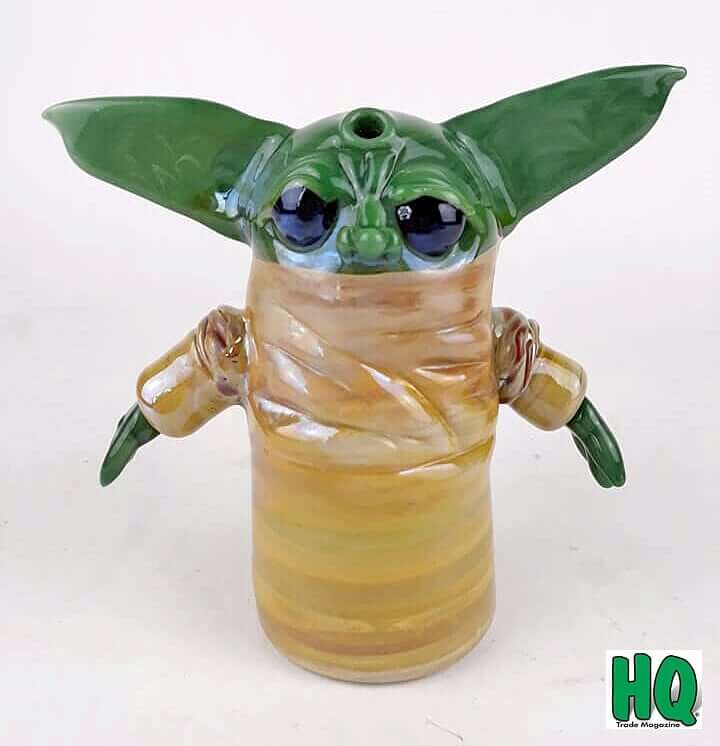 “My teacher didn’t let me touch color for the entirety of my apprenticeship. I hated it at the time, but when I went off to do my own thing, I found that it really helped to have the fundaments down and to really understand what I’m doing,” Williams says. “I’ve been lucky enough to take glass sculpting classes from some incredible artists like Nathan Belmont and Chris Ahalt, and being in Colorado, I have some amazing artist friends like Pedro Grime and Shayla Windstar.”

Williams loves playing with texture. It’s the element that brings many of his pieces, such as his Boro Bears (and sloths), to life. The technique, he explains, involves carving into the glass while still malleable with knives made from brass, stainless steel and graphite. 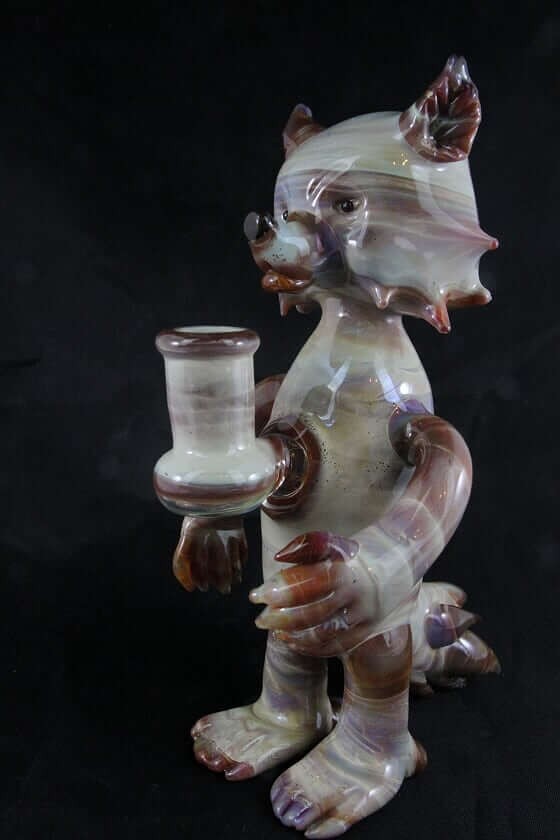 Eventually, Williams would like to share his Jedi glassblowing skills with a “padawan learner.” “I’ve been inspired so much by the people that have taught me that they’ve inspired me to want to teach,” he says. “I think it would be cool to start some glass blowing classes for high school kids.”

“Glass has always been there for me,” Williams adds. “You can call it “The Force” if you want, but there is definitely an energy flowing from the torch. I do believe it helps in how I create my pieces and how they turn out. 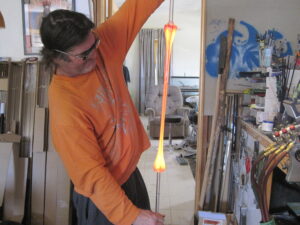 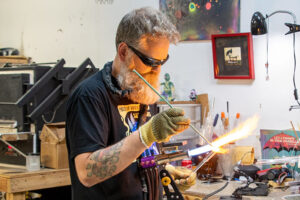 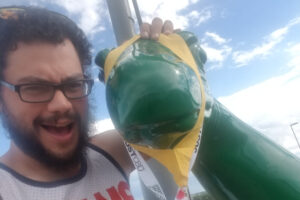 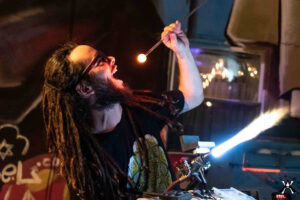 Lance Weber – Obiwook Glass Instagram/obiwookglass Lance Weber wants to blow glass in every state in the US. So far, the Baltimore-based artist has made 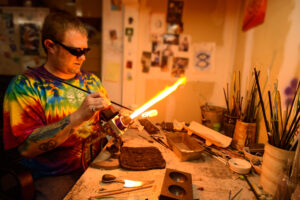 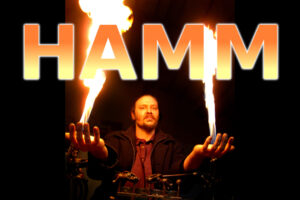