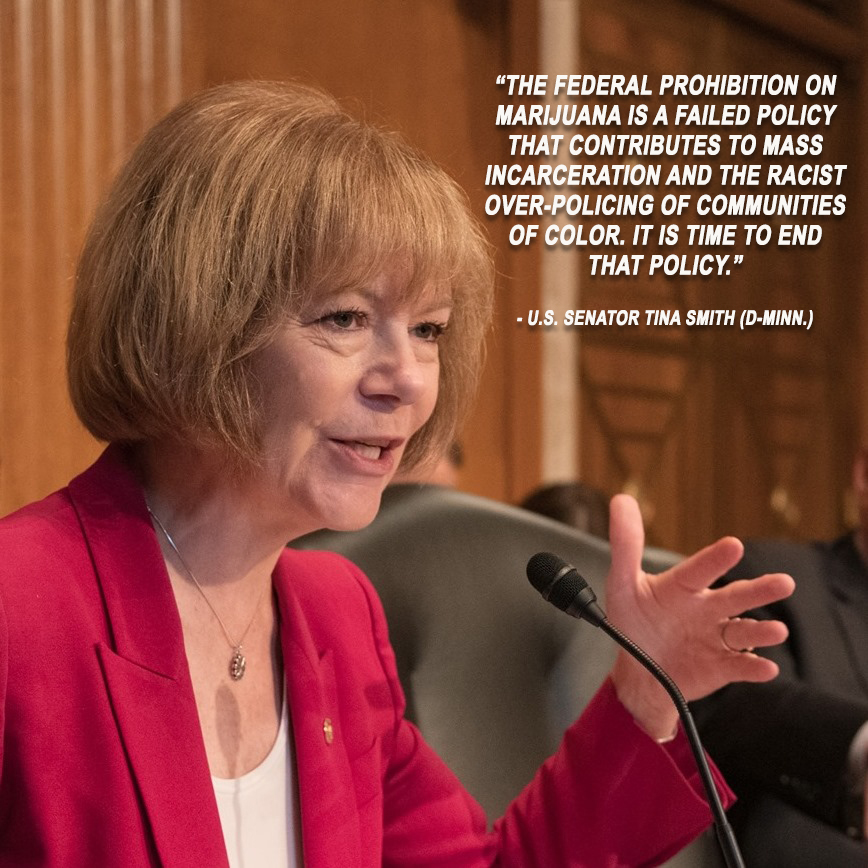 Never in modern history has there existed greater public support for ending the nation’s nearly century-long failed experiment with marijuana prohibition. A Democratic senator brought the legalization movement one step closer to reality, sponsoring a new bill to federally legalize marijuana, creating yet another potential avenue through which Congress could enact the policy change.

This piece of legislation, sponsored by Sen. Tina Smith (D-MN), would remove cannabis from the Controlled Substances Act and direct several federal agencies to develop regulations for the plant.

Titled the “Substance Regulation and Safety Act,” the bill would deschedule cannabis, require the U.S. Department of Health and Human Services (HHS) to develop rules that treat marijuana the same as tobacco and create a national research institute to evaluate the risks and benefits of cannabis.

“The federal prohibition on marijuana is a failed policy that contributes to mass incarceration and the racist over-policing of communities of color. It is time to end that policy,” said Sen. Smith. “In addition to addressing the harmful and racist legacy of the War on Drugs by passing bills like Senator Harris’ Marijuana Opportunity Reinvestment and Expungement (MORE) Act, we must address marijuana legalization in a manner that ensures that cannabis and cannabis products are safe, regulated, and well-researched.”

The bill also includes a number of regulations focusing on public safety. The Department of Agriculture would be directed to create a set of quality control standards for cannabis products that would apply to the entire country. The Department of Transportation would be tasked with developing new methods to crack down on stoned drivers, and Customs and Border Protection officials would need to design regulations for safely allowing cannabis imports and exports.

Specifically, the SRSA Act would do the following:

“This is the most significant vote on marijuana policy reform that the House of Representatives has taken this year,” said NORML Political Director Justin Strekal. “The importance of this bipartisan vote cannot be overstated as today; nearly one in four Americans reside in a jurisdiction where the adult use of cannabis is legal under state statute. It is time for Congress to acknowledge this reality and retain these protections in the final spending bill.”

“The next logical step for House Leadership is to bring legislation to the floor to end prohibition and demonstrate to the American people that the era of marijuana criminalization is drawing to a close,” Strekal concluded. 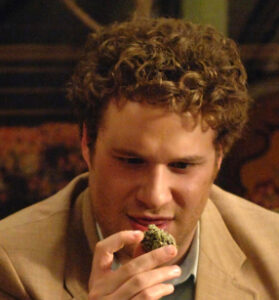 Sparking up a “J” after work shouldn’t be cause for being called into the boss’s office the next day. In fact, according to  data

Here’s a job posting you don’t want to miss. The U.S. Food and Drug Administration is hiring a contractor to help gather and study 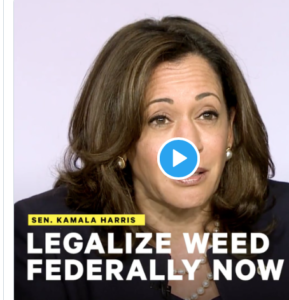 In her 2019 book, The Truths We Hold, California Senator and Democratic Vice-Presidential candidate Kamala Harris detailed her support for marijuana legalization and the need

According to an August 6, 2020, article in the Boston Globe, consumers in Massachusetts may soon notice an unfamiliar warning sticker on their 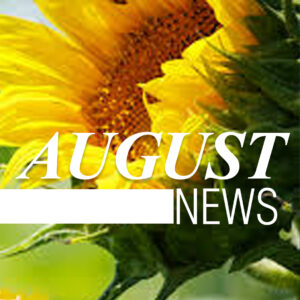